Instructions on using the free version of EndNote.

Once you have created an Endnote Basic account you can easily synchronize it with the Endnote desktop library installed on your computer.

The first time you synchronize Endnote and Endnote Basic you will be asked if you want to create a compressed copy of your library as backup.  It is highly recommended that you do so, in case problems occur with the synchronization.

To set up synchronization: 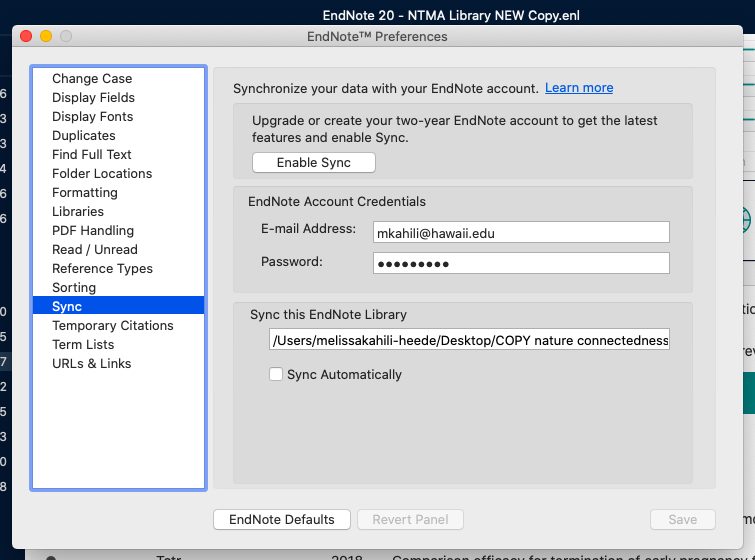 To sync online with desktop: 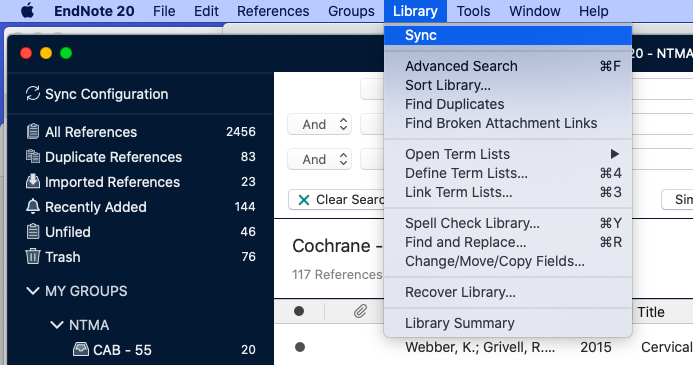 If a conflict occurs, the term Sync Conflict will appear in the desktop Groups panel.  This happens when editing a reference in either the desktop or Web libraries during the synchronization, and Endnote does not know which one to keep.  Select the group to open the Resolve Sync Conflicts dialog and remove the conflicts.

After the initial synchronization, you can set the Sync preferences by going to Edit>Preferences>Sync.